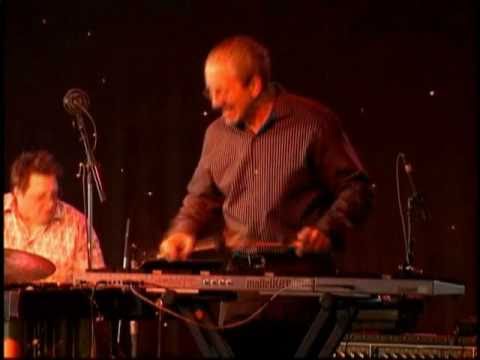 In 2007 The Caribbean Jazz Project was performing at the Scranton Jazz Festival, the opening act on the program that evening was an organ trio featuring Ron Oswanski (organ), Marko Marcinko (drums), and Joel Frahm (tenor sax). I remember standing on the side of the stage listening to this group and was mesmerized by the texture of sound from the organ and drums. I was also intrigued with the flexibility of playing as a trio. Being quite curious about how the organ and drums would sound with vibraphone and or marimba I contacted Marko and Ron about getting this sound together. After rehearsing and playing various gigs, featuring some originals and unique arrangements of old standards I am happy to introduce you to this interesting concept;

The Organik Vibe Trio has released a recording entitled “Moscow” which we hope to bring the music to you live.
—– Dave Samuels

Dave Samuels has established himself as the top mallet player of his generation. He is recognized for his fresh new sound and creative approach to both the vibraphone and marimba. 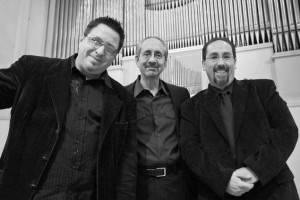 Samuels has demonstrated his versatility and gained world wide recognition by performing and recording with a broad scope of artists ranging from Gerry Mulligan, Oscar Peterson, Chet Baker, Stan Getz, Carla Bley and Pat Metheny to the Yellowjackets, Bruce Hornsby, Frank Zappa, The Fantasy Band and Spyro Gyra. For over a decade, Samuels has been performing and recording with his group The Caribbean Jazz

Project whose most recent CD ‘Afro Bop Alliance’ serves notice that the CJP is the most thoroughly inventive Latin Jazz ensembles of this or any era. The album received a Latin Grammy and was also nominated for a Grammy. Previous cd’s ‘Hear and Now – Live in Concert’ and ‘Birds of a Feather’ were nominated for “Best Latin Jazz Recording,”. Their recording ‘The Gathering’ won the Grammy in 2003 for ‘Best Latin Jazz Recording’. Some of his other recording projects include ‘Remembrances’, a percussion recording that features a commissioned marimba concerto for chamber orchestra and soloist composed by Jeff Beal, and ‘Tjaderized – A Tribute to Cal Tjader’ (Verve) that features contributions from some of Cal’s former band mates Chick Corea, Eddie Palmieri, Clare Fischer, Ray Barretto, Michael Wolff and Karl Perazzo as well as performances by Dave Valentin and David Sanchez. 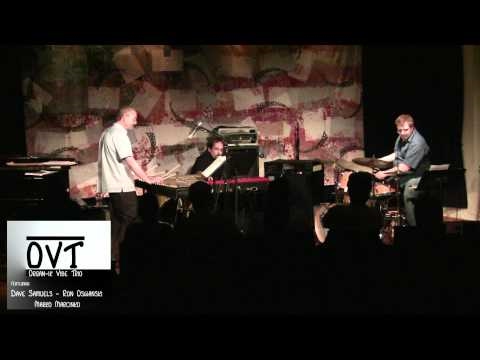 world tours with Maynard Ferguson’s Big Bop Nouveau, and national touring with Blood, Sweat, and Tears. Active on the New York jazz scene since 1992, Ron can be found deep inside the trenches of New York’s most cutting edge jazz. 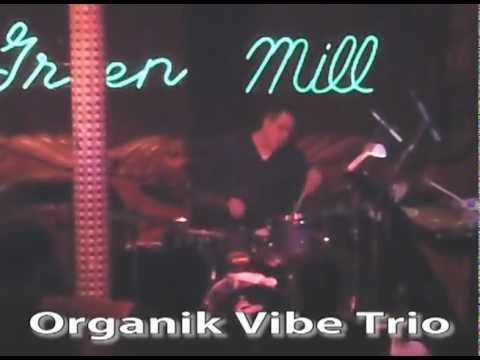 Marko Marcinko attended The University of Miami, Coral Gables, Florida, and gained an enormous amount of schooling in classical /ethnic percussion, drum set, piano, and arranging/composing. While at Miami he had the great fortune to study with one of the best music faculties in collegiate music education. During his time performing with the University’s top concert jazz ensembles, Marko had the chance to play with some of his greatest musical jazz mentors/performers, such as; Joe Henderson, Red Rodney, Michael Brecker and Paquito D’Rivera. For the past 11 years Marko has been a member of the Dave Liebman group as well as the Dave Liebman Big Band and is featured on numerous recordings with both. He also has toured and recorded with Maynard Ferguson’s Big Bop Nouveau.  Marko currently is artistic director of the Scranton Jazz Festival and leads the PA Jazz Alliance which promotes, jazz in North Eastern Pennsylvania and through out the state.